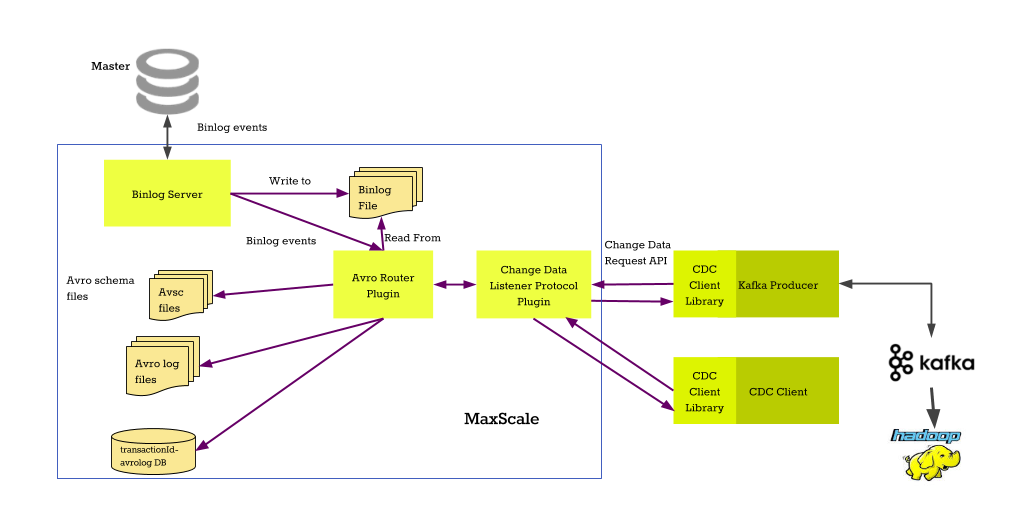 Note: If the source parameter is defined the values for binlogdir and filestem are only read from the source service. This means that the parameters defined for the avrorouter are ignored and the ones in the binlogrouter are used.