We surveyed 122 IT professionals who had a role in the selection and management of database services or database software at their companies at the time of survey, 90% of whom were from medium to large businesses*. Respondents included: database administrators (DBAs) – 49%; database users (database developers and software engineers) – 25%; and CIOs, CTOs and other IT Heads – 25%.

When it came to the organizational benefits and business advantage of DBaaS, large majorities of survey respondents shared similar views:

With respect to the technical benefits of database migration to the cloud, respondents named integration with other cloud services, high availability and elasticity, among others, as key. Naming more than one option, the most popular benefits were: 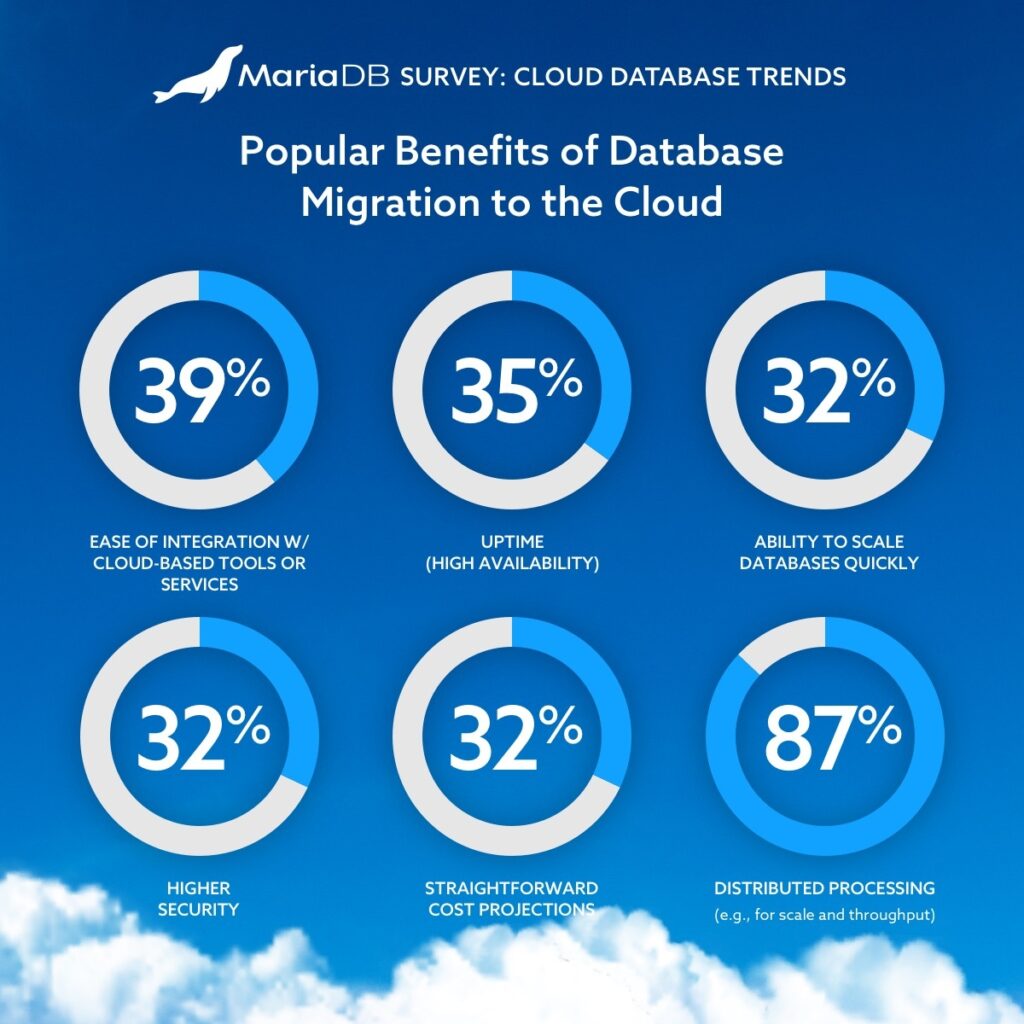 Some Stark Differences of Opinion Emerge Based on Respondent’s Job

Among 61% of companies who have completed or are working towards a full cloud migration in the next two years, 79% are planning to increase their investment in database management and operations. Respondents explained what’s most often driving investment, citing multiple reasons: 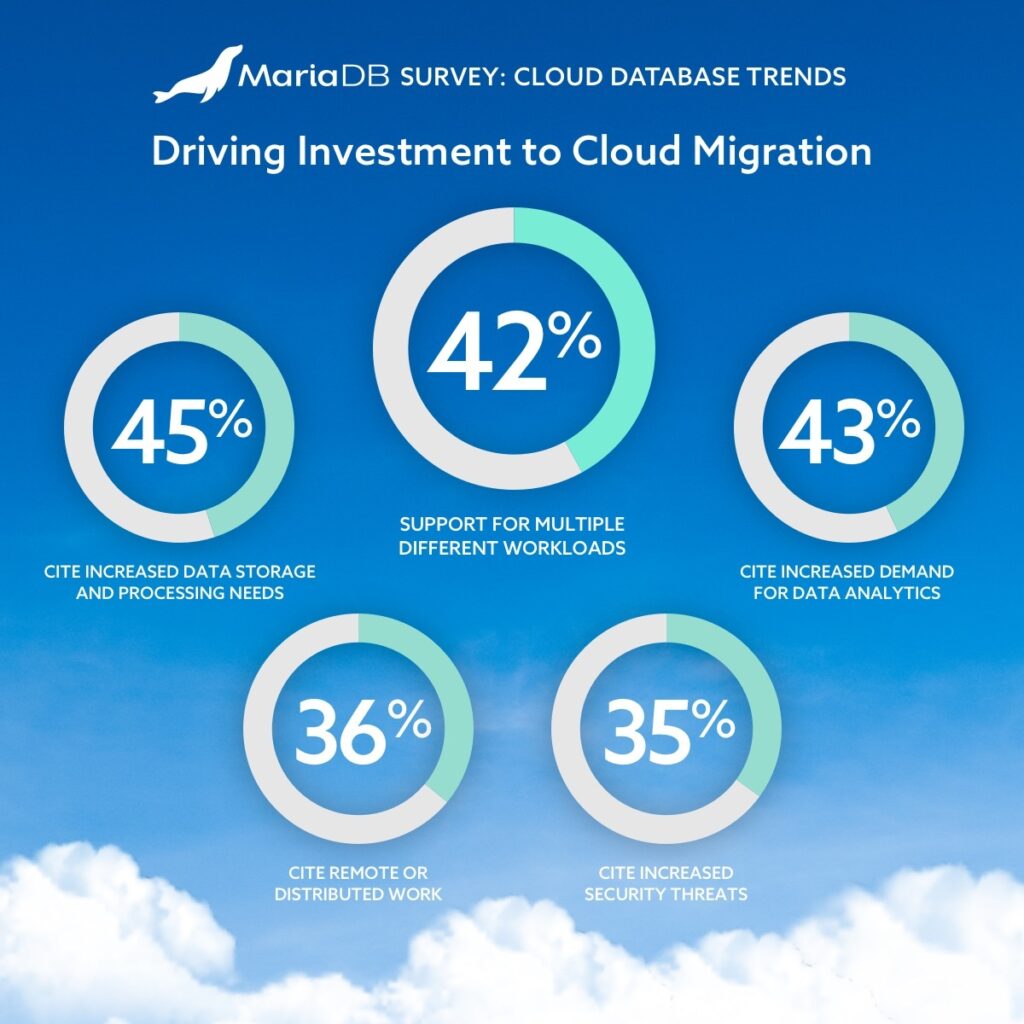 Again here, a role-based difference emerged. Among the 43% who cited an increased demand for data analytics as a driver of investment, 55% of IT Heads saw higher demand for analytics as key, but only 37% of DBAs and 29% of developers felt that way.

Drilling down into other realities of the DBaaS in the context of cloud migration, sentiments were clear on the necessity of multicloud and the difficulty of managing ever-expanding volumes of data:

Get Started in the Cloud

SkySQL, MariaDB’s ultra versatile and performant cloud database, is capable of scaling to millions of transactions per second with ease and can deploy modern data warehouses for interactive, ad hoc analytics on massive data sets to meet enterprise demands.

Amid Great Promise, Some Pain and Fear Are Inevitable.

Amid the increased business competitiveness (90%) and cost savings (88%) cited as cloud benefits of DBaaS, the survey revealed obstacles and fears associated with migration. Two-thirds (67%) of the entire sample reported facing one or more challenges in moving to a cloud database and, of the 73% of the sample who saw a benefit in moving to a cloud database, 92% of those respondents faced one or more challenges in moving. The most cited hurdle to smooth migration was the need to restructure applications and databases to fit the cloud model, but respondents reported multiple challenges:

Among the “worst nightmare” for respondents was failed database migration (46%), bad database documentation (38%), and bad schema design (36%). More than half (55%) of respondents also agreed that “there are legacy systems in their organization that nobody knows how to fix if they break.” Almost as many (52%) said that “the database team is the first to be blamed when things go wrong,” and 48% said that “data replication is incredibly painful.”

Among the biggest data-specific challenges that organizations are facing, according to respondents, are: data and cybersecurity (43%), increasing volumes of data (37%), and a lack of up-to-date IT skills and people (33%).

The survey offered clues to improve the situation. Survey respondents indicated that competitive advantage for database vendors in the next five years lies in providing automation and ease of use to customers, among other characteristics:

When respondents thought about strategies to make their organization more adaptive to major changes in the market, they considered leveraging database vendors that provide automatic upgrades, important,  as well is collaboration with in-house teams, embedded layers of security, and support for hybrid cloud. It is notable that 45% of survey respondents don’t want to use AWS databases because of the competition AWS presents to the respondent’s own company.

With SkySQL, customers have the freedom to go anywhere — any cloud, any workload and any scale.