This is an update of the popular post on JSON with MariaDB 10.2. We’ve brought the details up-to-date with the latest MariaDB releases.

What is JSON and why use it?

JSON is fast becoming the standard format for data interchange and for unstructured data, and MariaDB Platform (in fact, all MariaDB versions 10.2 and later) include a range of JSON supporting functions. There are a few good reasons why a JSON datatype hasn’t been implemented, but one is that there are just not many advantages to that, as JSON is a text-based format. Here I’ll describe JSON and the use cases for it, as well as the MariaDB JSON functions and their uses. We’ll also look at some other MariaDB features that are useful for JSON processing.

So to begin, Why do we need JSON? Or to put it differently, why do we not store all data in JSON? Well, the reason as I see it is that some data we work with really is best treated as schemaless, whereas other data really should be handled more strictly in a schema. In my mind that means that mixing relational data with unstructured data is what we really want. (For more detail on JSON functions, including sample data and queries, check out this white paper: Flexible Data Modeling with MariaDB Server: JSON Functions.)

Using JSON for unstructured data is rather neat, and JSON is even standardized (see json.org). But that hasn’t always been so. When the sad old git who is writing this stuff started working in this industry, which I think was during the Harding administration, computers were rare, expensive, handled only by experts (so how I got to work with them is a mystery) and built from Lego bricks, Meccano and pieces of solid gold (to keep up the price). Also, they were as powerful as a slide ruler, except they were fed with punch cards (and probably powered by steam). Anyway, no one in their right mind would have considered string pictures of cute felines as something to be on a computer, or actually stuff to be stored in a database. The little that would fit was the really important stuff, like price, amount in stock, customer names, billing addresses and such – and nothing else. And not only that, but stuff that was stored had some kind of value, somehow, which meant it had to follow certain rules. (And following rules is something I am good at? Again, I wonder how I ended up in this business.) Like, a price had to be a number of some kind, with a value 0 or higher and some other restrictions. As you see, these were hard and relentless times.

And then time moved on and people started buying things on the Internet (whatever the Internet is – I think it is some kind of glorified, stylish version of punched cards) and stuff such as Facebook and Google came around. The issue with computer storage was now not how to fit all that nicely structured data in it, but rather once we have filled that hard drive on our desktop with all the product, customers and transactions from Amazon (I think Amazon has something to do with the Internet, but I am not sure) and a full 17.85% of that drive is now occupied by that old-style structured data, what more do we put in there? Maybe we could add some more information on the items for sale in that database, and some general information on who is buying the stuff? That should fill up that disk nicely, right? Well, yes, but that new data, although related to the structured data I already have, is largely unstructured.

Say, for example, you write a review of a product on Amazon late in the morning after a good deal of heavy “partying” (which is not an Internet thing, I think), the contents of that would hardly be considered “structured.” If you didn’t like the product (which you probably didn’t), then the appropriate terms for large parts of that review would probably be “profanity” or “foul language”.

The way to deal with this situation is a mix of structured and unstructured data, with some kind of relation between the two. Like a column of unstructured data in each relational database table. (Or should I say “relation”, just to show my age? Or maybe I should pretend to be really young, modern and cool, possibly sporting a hipster beard and all that, by calling it a “collection.”)

With that out of the way, let’s consider an example using structured as well as unstructured JSON data. Assume we have a store selling different types of clothing, pants, jackets and shoes and we are to create a table to hold the inventory. This table would have some columns that are always there and that have the same meaning for all rows in the table, like name, amount in stock and price. These are items that are well suited to a relational format.

On top of this we want to add attributes that have different meaning for each type of or even each instance of items. Here we have things like color, width, length and size. These we consider non-relational as the interpretation of these attributes is different depending of the type of garment (like size M or shoe sizes or a “zebra striped” color) and some garments might have a unique attribute, like designer or recommended by staff. Our table might then look something like this:

In this table we have a few columns that look like columns in any relational database table, and then we have a column, called attr, that can hold any relevant attribute for the garment in question and we will store that as a JSON string. You probably notice that we aren’t using a JSON datatype here as that is not present in MariaDB, despite the fact that there are JSON functions, but those JSON functions act on a text string with JSON content.

But there is one issue with the above that I don’t particularly care for: as the attr column is plain text, any kind of data can be put in the attr column, even non-valid JSON. The good thing is that there is a fix for this in MariaDB 10.2 and later, which is CHECK constraints that actually work. This kind of constraint kicks in whenever a row is INSERTed or UPDATEed, at which point any CHECK constraint runs and validates the data – and if the validation fails the operation also fails. Before I show an example I just want to mention one JSON function we are to use here: JSON_VALID, which takes a string and checks if it is valid JSON. Note that although CHECK constraints are particularly valid here, they can be used for any kind of data validation.

Armed with this, let’s rewrite the statement that creates the table like this:

Let’s give this a try now:

OK, that didn’t work out. What happens here is that a NULL string isn’t a valid JSON value, so we need to rewrite our table definition:

That last statement failed because of malformed JSON (a double quote was forgotten about), so let’s correct that:

One thing that has yet to be discussed is indexes on JSON values. As the attr column in our example is plain text, we can of course index it as usual, but that is probably not what you want to do. Rather it would be neat to create an index on individual attributes in that JSON string. MariaDB doesn’t yet support functional indexes (i.e., functions not on values but on computed values). What MariaDB does have, though, is Virtual Columns, which can be indexed (and as of MariaDB 10.2 these virtual columns don’t have to be persistent). Learn more about Virtual Columns.

The easiest way to explain this is with an example. Let’s say we want an index on the colour attribute, if such a thing exists. For this we need two things: A virtual column that contains the colour attribute as extracted from the attr column, and then an index on that. In this case we will be using the JSON_VALUE function that takes a JSON value and a path, the latter describing the JSON operation to be performed, somewhat like a query language for JSON.

With that in place, let’s see how that works:

And let’s see if that index is working as it should:

And just to show that the column attr_colour is a computed column that depends on the attr column, lets try updating the colour for the blouse and make that red instead of white and then search that. To replace a value in a JSON object MariaDB provides the JSON_REPLACE functions. (For all JSON functions in MariaDB see http://mariadb.com/kb/en/mariadb/json-functions/.)

To learn even more about JSON in MariaDB, check out the on-demand webinar What’s next for modern applications: Combining SQL and NoSQL in one database. Until then, I hope this post has given you a feel on what’s for offer. 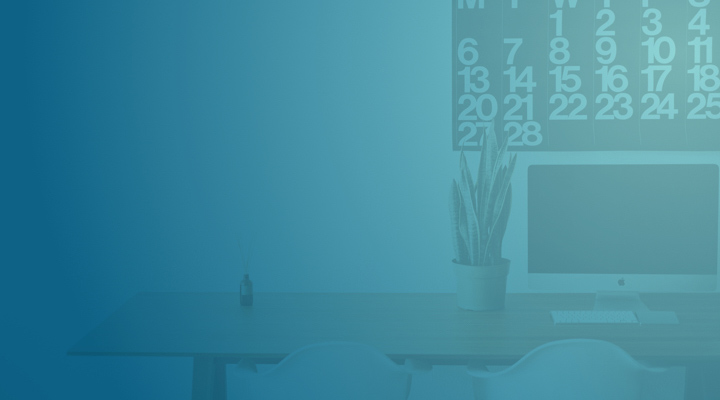